The Immigration, Refugees and Citizenship Canada (IRCC) recently held a new round of Express Entry draws under Provincial Nominee Program (PNP), which invited 775 immigration candidates to apply for permanent residence status in the country.

The IRCC issued Invitations to Apply (ITA) to candidates who had a nomination from any of Canada’s 11 provinces and territories and who had a Comprehensive Ranking System (CRS) score of at least 685 points.

The cut-off score may seem high, but it is to be remembered that candidates who get a provincial nomination also got an addition of 600 points in their existing score, which had to be just 85 points.

This is the second-lowest score requirement set by the Canadian government since March of 2020, just as the pandemic started. The record lowest since the pandemic was 682 points in March 2021 draw.

Since the start of 2021, Canada has only been inviting candidates under PNP and the Canadian Experience Class (CEC). This is because most of the candidates under these streams are already living in the country.

Candidates who received a provincial nomination had to prove to the province that they had the skills required for their job market and that their immigration into it would be beneficial to its economy.

The country has already reached their target for 2021 according to the Immigration Levels Plan under Express Entry and has reached to 112,040 immigrants invited this year till this draw.

Here is a chart showing the ITAs issued this year, compared to the last: 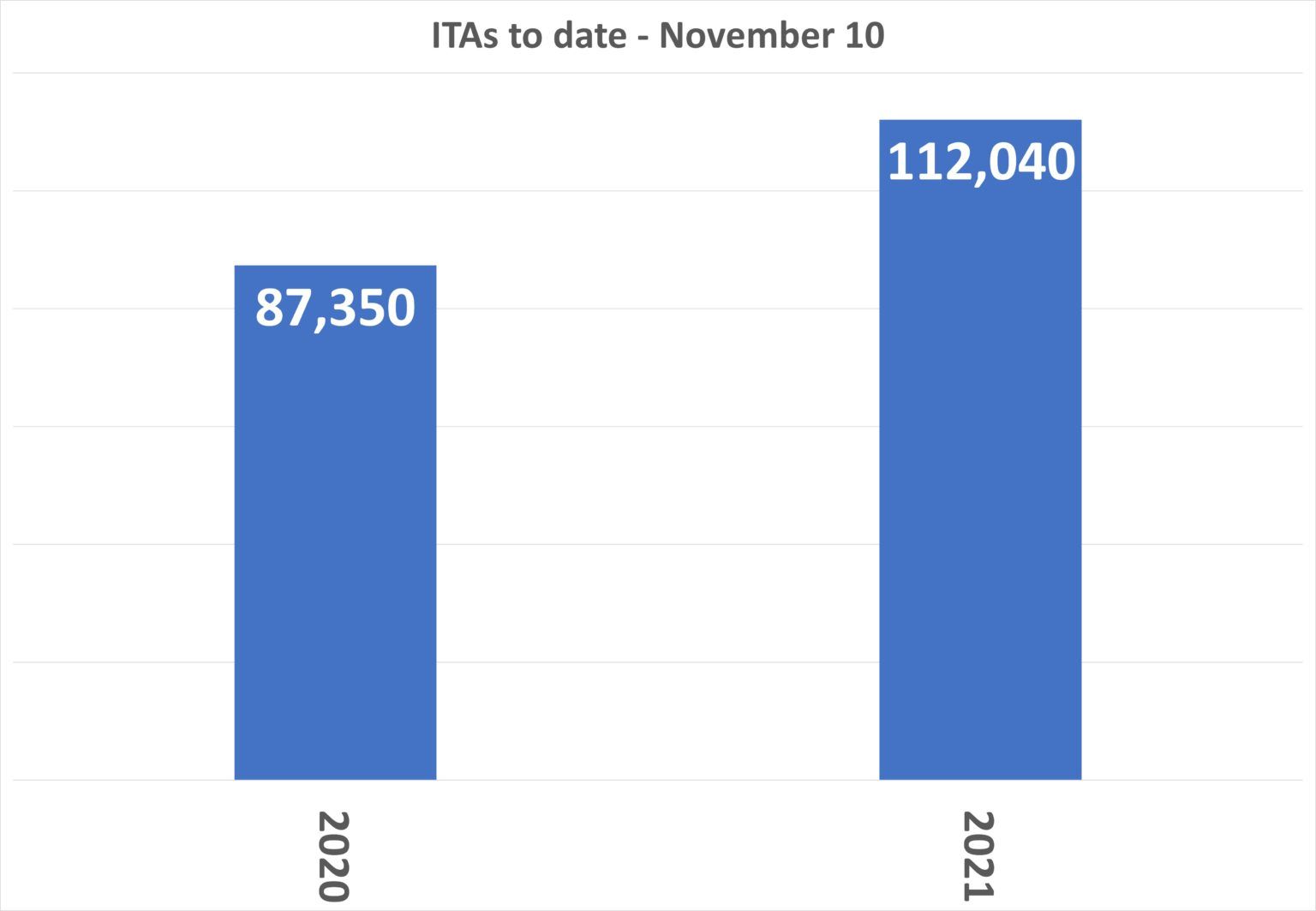