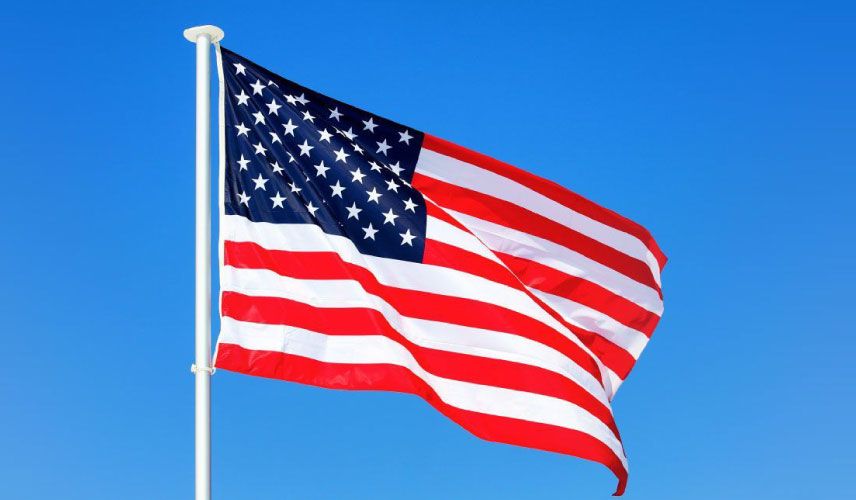 Indians Get the Highest-Ever Number of U.S. Student Visas

A record-breaking number of U.S. student visas issued to Indian students in 2022. Indians received more student visas compared to any other country in the world.

The U.S. Mission in India announced that it has issued the highest-ever number of student visas in 2022. A record-breaking 82,000 U.S. student visas had been issued to Indians in 2022 till September. With this, students in India looking to study abroad in the U.S. had received more student visas this year than any other country. 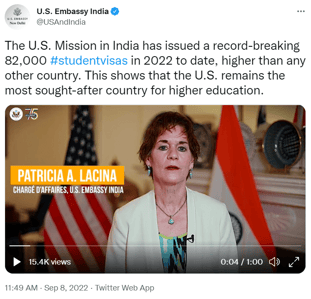 Between May-August 2022, the processing of student visa applications were prioritized by -

As per an official Press Release on September 6, 2022, the U.S. Mission in India stated that student visa applications had been prioritized “to ensure that as many qualified students as possible made it to their programs of study in time for scheduled start dates”.

Applauding the achievement by the U.S. Mission in India, Charge d’Affaires Patricia Lacina said, “We are happy to see so many students were able to receive visas and reach their universities after the delays caused in previous years by the COVID-19 pandemic.”

Minister Counselor for Consular Affairs Don Heflin said, “International student mobility is central to U.S. diplomacy, and nowhere is the contribution of students bigger than in India.”

Indian students make up around 20% of all international students studying in the U.S. As per Open Doors 2021 - Report on Indian International Exchange, there were 167,582 students from India in the U.S. in the 2020-2021 academic year.

Open Doors reports are produced by the Institute of International Education (IIE) in partnership with the Bureau of Educational and Cultural Affairs of the U.S. Department of State.

The United States remains a top destination to study abroad for international students. The Top 10 Universities in the world - as per QS World University Rankings 2003 - has 5 educational institutions from the U.S.