The IRCC issued an Invitation to Apply (ITA) to 681 immigrants with a Comprehensive Ranking System (CRS) score of at least 720 points to apply for permanent resident status.

In the Express Entry PNP draw held on September 29, the IRCC had issued 761 invitations to candidates with a minimum CRS score of 742 points.

The current one is smaller than that and has a lower CRS points requirement, hinting that there are fewer PNP candidates in the Express Entry pool with higher scores.

Since the start of 2021, the Canadian government has only been conducting PNP, and Canadian Experience Class (CEC) draws. This is because most of the immigration candidates applying under these programs are currently living in Canada.

Due to the ongoing Covid-19 pandemic, the country had imposed travel restrictions on several countries, which witnessed higher cases.

While the travel restrictions have now been lifted, the IRCC hasn’t resumed draws for the Federal Skilled Workers (FSW) and Federal Skilled Trades (FST) programs. The last all-program draw had been held in December last year.

While the IRCC had broken a record last year by inviting 107,350 candidates by the end of the year, this year has seen a total of 110,377 ITAs issued with three more months of draws left.

Here is a chart illustrating the same: 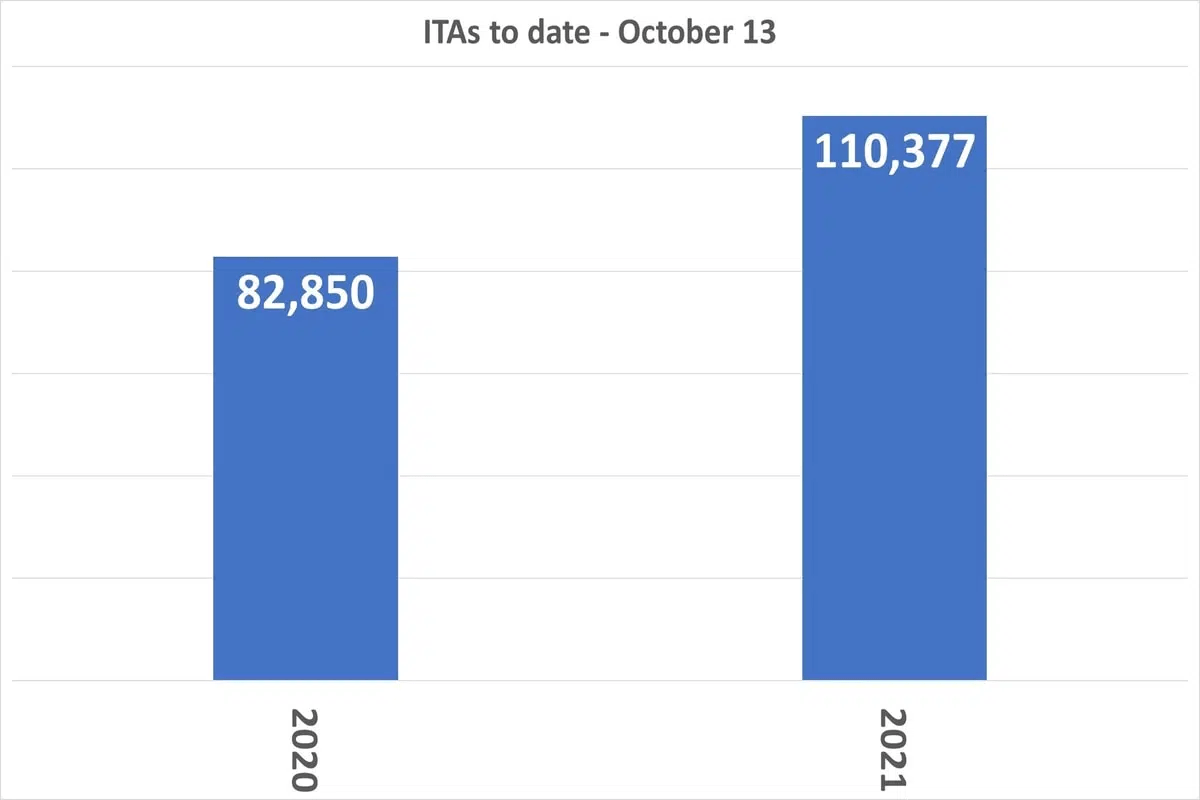