The invited candidates had to meet the minimum cut-off CRS score of 778 points and received a nomination under the Provincial Nomination Program (PNP).

While the CRS score of 778 can look very high, the candidates who received a nomination also received 600 additional points to their score.

Therefore, the lowest-scoring candidate under this draw had to have just 178 points without the nomination.

If two or more candidates had the same lowest score, they were considered only if their Express Entry profile was submitted before 4:09:32 PM on 16th March 2021.

While Canada’s borders are closed for non-essential travel, they still need to invite a large number of permanent residents.

This is in line with the Justin Trudeau government’s target of inviting over 401,000 new immigrants, mainly through Express Entry.

To meet these targets amid the restrictions, the government is currently holding draws that specifically target candidates who are currently living in Canada.

While the IRCC had started holding all program draws in the later part of 2020, it returned to the previous trend since the new year.

On February 13, this year, IRCC broke all records by inviting a massive 27,332 candidates to apply for permanent residency. 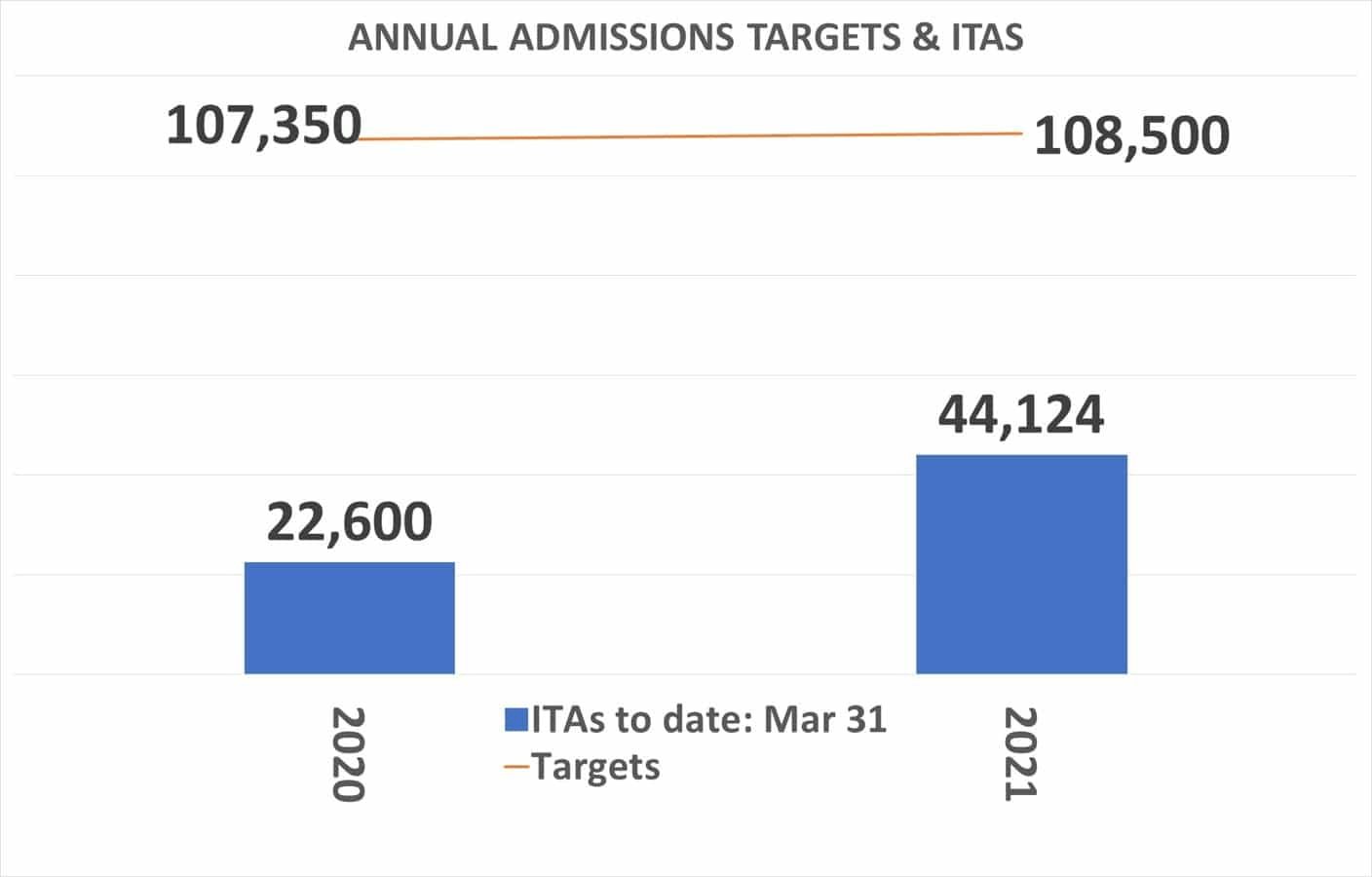