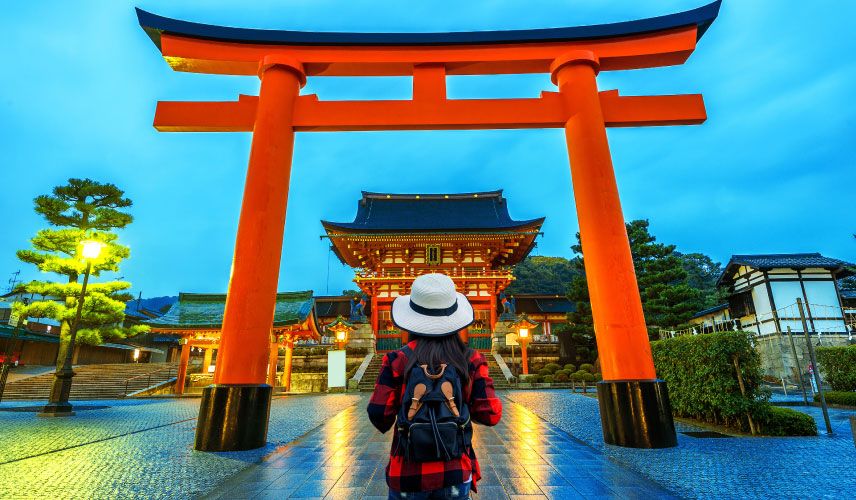 Japan is all set to announce the resumption of visa-free tourist travel. The limit on the total number of arrivals in a day is expected to be removed. Japan expects to boost its economy through these measures.

As per Nikkei Asia on September 15, 2022, Japan will soon remove some of its COVID-19 related restrictions on international arrivals, making it much easier for foreign travellers to visit Japan.

Nikkei Asia reports that Prime Minister Fumio Kishida is expected to announce the changes within the next few days. With a circulation of around 2.83 million, Nikkei Asia provides unparalleled coverage of Japan through a business portfolio that includes broadcasting and publishing.

As per reports, Prime Minister Fumio Kishida will be making an official announcement in the next few days regarding Japan’s -

What is the proposed change in entry to Japan for tourism?

After the change, Japan will no longer require visas for short-term travel from the nationals of the United States and certain other countries. The daily entry cap will also be removed.

How many foreign travellers can enter Japan in a day?

As of now, 50,000 individuals can enter Japan in a day for the purposes of tourism. This limit is expected to be removed soon.

When will the new Japan entry rules come into effect?

The new rules on entering Japan as a tourist are expected to come into effect from October 2022. However, a lot depends upon the evolving COVID-19 situation worldwide in general, and in Japan in particular.

Those qualifying for visa-free entry into Japan will still have to meet specific conditions, such as vaccination status. Currently, all foreigners require a visa to enter Japan.

Soon, Japan will do away with the existing ban on individual tourist visas. The daily foreign arrival cap will also be removed. Looking to ride a global travel rebound, Japan edges closer to the pre-pandemic rules for entering Japan as a tourist.

Are guided tours mandatory for tourists in Japan?

The Government of Japan is moving to begin taking in foreign travellers that did not want to take up guided tours. In June 2022, Japan eased COVID-19 related border controls, reopening the country to foreigners looking to holiday in Japan. However, all tourists to Japan were still required to -

A reduction in the number of foreign travellers visiting Japan in recent months has led to the decision to remove the requirement to sign up for guided tours.

7,900 foreign tourists entered Japan in July this year, well below the foreign entry levels before the pandemic. Many in the tourism industry in Japan are of the opinion that many tourists that preferred an individual style of travelling were getting discouraged by the present guided tour stipulation.

The Japanese government has decided to permit foreign tourists to enter Japan without joining a guided tour, provided their visa had been arranged through a travel agency. Entry into Japan will continue to be denied to individual travellers that have not made their Japan travel arrangements through travel agencies. These changes are effective from September 2022.