The latest IRCC draw was held on September 1. The candidates had a provincial nomination worth 600 points in the express entry system, and for this, the minimum cutoff was 764 while the maximum points were 1200.

As per the new immigration pilot project of New Brunswick, the recent pilot graduates from the four private career colleges of the province can now have permanent residency.

Graduates from the Atlantic Business College, Eastern College, Oulton College and McKenzie College will be eligible to apply for the Provincial nomination Program from April 1, 2022.

According to the program, the Canadian provinces and territories can identify immigration candidates to meet their economic needs and grant the Permanent Residency.

As per the biggest draws of 2021 for Alberta, The Alberta Immigration Nominee Program was held on August 23. It began with 450 Express entry invitations. The candidates were required to have a minimum score of 300 according to the Comprehensive Ranking System.

The biggest draw was held on August 30, with 40 Express Entry candidates with a minimum score of 301. Alberta has invited 4,007 Express entry candidates for the provincial nomination after beginning the invitation round in January 2021. Although it was discontinued in the latter half of 2020, Alberta is again allowed to issue 6,250 nomination certificates in 2021.

The IRCC has almost doubled the number of invitations sent to immigration candidates in 2021 compared to the previous year. It has invited a whopping 106,414 immigrants through 17 PNP draws and 16 CEC draws through Express Entry.

This trend is in line with the Canadian government’s aim to invite 108,500 new immigrants this year. At this time last year, Canada had invited 65,750 candidates through Express Entry. 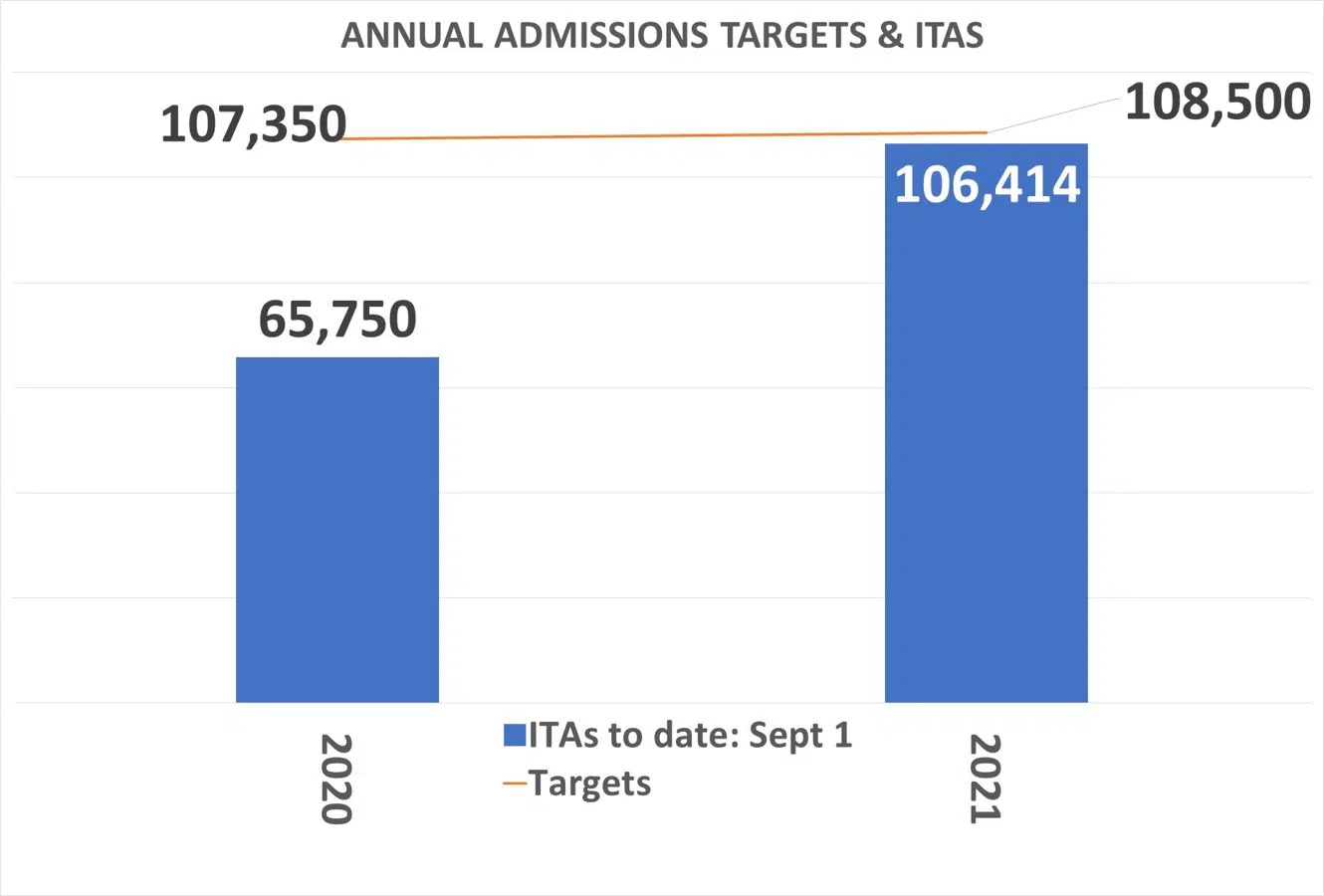