The IRCC sent Invitations to Apply (ITAs) to candidates with a minimum CRS score of 760 points. While this score may seem too high, it must be noted that provincial nominees get an additional 600 points.

Therefore, before getting nominated, the applicant had to have a CRS score of just 160 points. In the last PNP-only draw, IRCC had invited 462 candidates with a CRS cut-off of 734 points.

According to the mandatory tie-break rule, it has also published the cut-off time. Candidates with the minimum score would only be selected if they submitted their Express Entry Profile on or before March 5th, 2021, at 22:38:31 UTC.

Since 2021, only PNP and Canadian Experience Class (CEC) candidates have been invited by the IRCC. This is because a large number of these candidates are already living in Canada.

While many PNP candidates may not be in the country, at least not the same numbers as the CEC candidates, it made sense for the IRCC to keep working with the provincial governments.

Candidates applying under programs were not selected as they were living in other countries and due to the travel restrictions in place in Canada.

The number of ITAs issued this year has almost doubled compared to the last year. This trend aligns with the IRCC’s goal of admitting 108,000 new immigrants through Express Entry this year.

So far this year, a total of 93,316 immigration candidates have been invited under PNP and CEC draws. 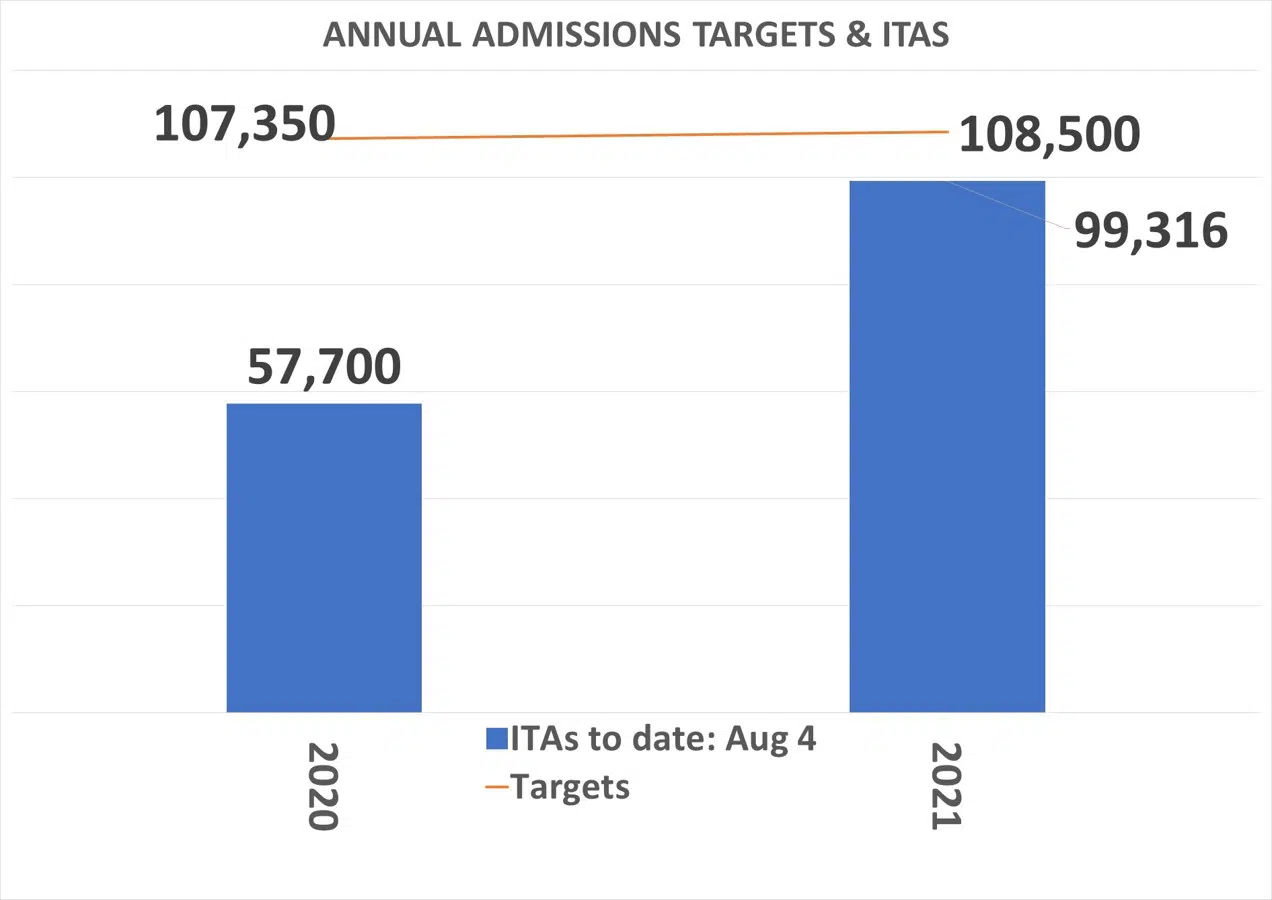