Express Entry candidates received a total of 107,350 invitations to apply in the year ending 2020. A record-high number of candidates were invited to Canada this year.

It is the fourth consecutive draw to invite 5,000 candidates for Canadian permanent residence. The increase is consistent with all-program Express Entry draws since 2 September 2020.

IRCC has maintained a two-week interval between draws since September.

The current draw continued the cut-off CRS score decrease set up in the last four draws. It was at 468 points this time. 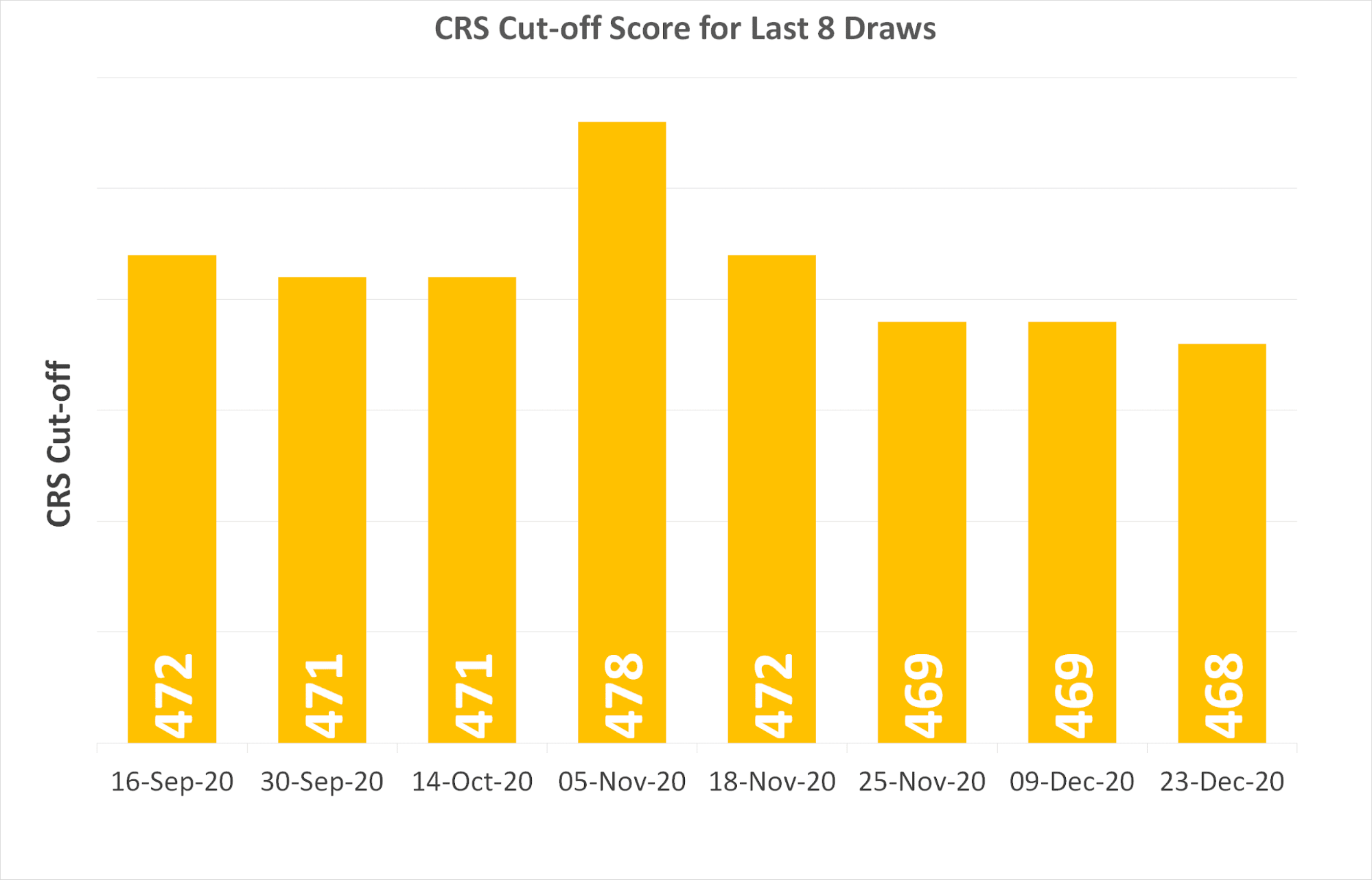 In this draw, the tie-breaking rule for candidates having scored CRS 468 points or more needed to have submitted their Express Entry application before 4th June 2020, at 13:39:44 UTC, to receive an invitation.

During the early months of the Covid-19 pandemic, IRCC had conducted only program-specific draws. The Government of Canada has now taken steps to include most of its programs to facilitate the immigration process.

This year is the first that the number of ITAs has crossed the 100,000-mark since the Express Entry system launch in 2015.

The good news is that Canada has recently announced that targets for the three programs managed by Express Entry have been hiked along with its association with provincial nominee programs.