On Wednesday, the Canadian government invited 613 immigration candidates from the Express Entry pool to apply for permanent residence in the country under the Provincial Nominee Program (PNP).

The Immigration, Refugees and Citizenship Canada (IRCC) issued 613 Invitations to Apply (ITAs) to immigration candidates who had received a nomination from a Canadian province under PNP.

Moreover, these candidates had to have a Comprehensive Ranking System (CRS) score of a minimum of 737 points to be eligible for this draw.

This seemingly high CRS score requirement is because these candidates had received an additional 600 points along with their provincial nomination, before which they only had to have 137 points.

This is the sixth Provincial Nomee Program draw that was held in a row by the IRCC. The previous draw was held on 10th November and had invited 775 candidates with a CRS score of above 685.

Since the start of 2021, the Canadian government has only been inviting immigration candidates to permanent residence from either PNP or the Canadian Experience Class (CEC).

This is because most candidates under these programs are already in Canada and, therefore, will not have to face any travel restrictions, most of which have been lifted.

The country has now held a total of 33 PNP and 27 CEC draws to date and has invited a total of 112,653 candidates, surpassing the government’s plan of welcoming 108,000 new immigrants through Express Entry this year.

Here is a chart that compared the ITAs issued this year compared to the last year: 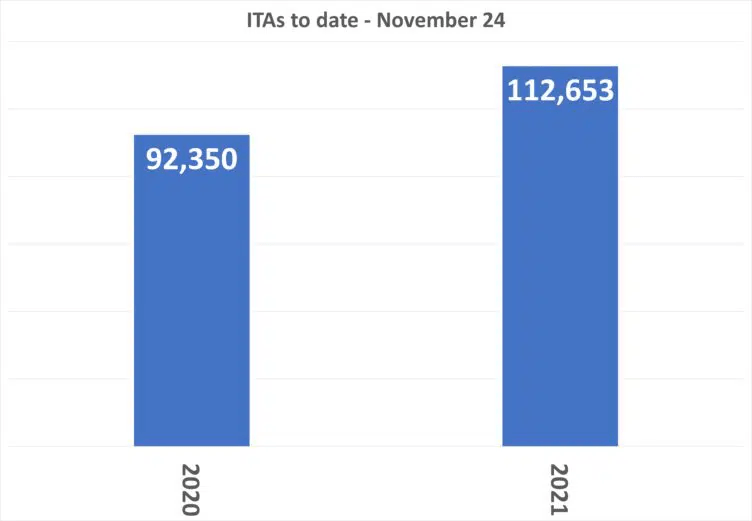