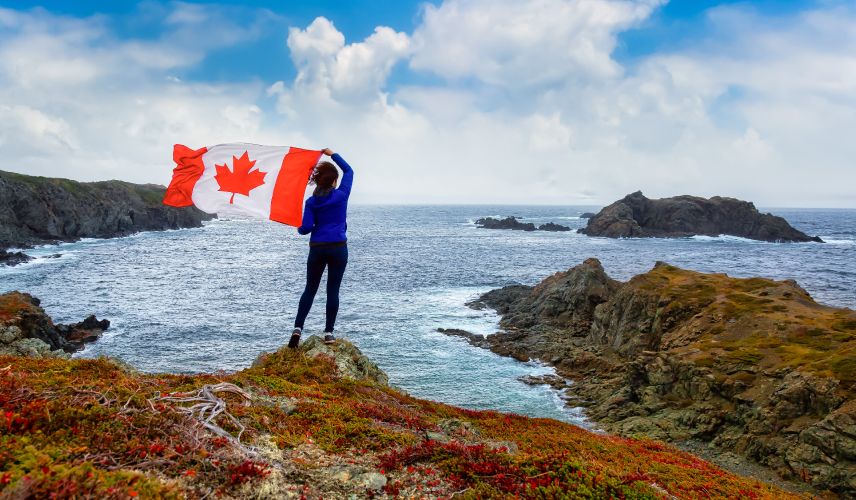 Canada-PR will be allotted to a fixed number of 300000 people in the fiscal year 2022-2023. Minors can now easily apply online for Canadian Citizenship.

Canada has decided to grant permanent Citizenship to 300000 people by March 31 next year. This number is from the official memo released by Immigration, Refugees and Citizenship Canada (IRCC) this October 2022.

The IRCC memo recommends that Canada must process at least 285000 Canada PR applications this year, making clear-cut approvals to meet the target of 300000 new Canadian citizens by the stipulated date mentioned above.

Generally, an application for Canadian Citizenship is marked -approved, denied or incomplete. Currently, works are in place to meet IRCC's target of incorporating 300000 new Canadian citizens. This means they must ensure the new citizens take their oath of Citizenship virtually or personally by the given date.

The IRCC's target number of 300000 this year exceeds the pre-pandemic targets of 2019-2020. In 2020, the Canadian IRCC could not process most applications for Canada PR because of the lockdown due to COVID-19 protocols. Hence only online applications were processed. Due to this, the formal in-person interviews and traditional ceremonies to welcome new residents were absent.

In October 2021, Canada had only sworn in 35,000 people as new Canadian citizens. The standard processing time has also increased with the increased number of online applications post the pandemic.

To clear this backlog, Canada Immigration has hired 1,000 new staff members! Meanwhile, minors (those under 18) who wish to apply for Canadian Citizenship can now apply online by the end of 2022.

This October 16, 2022, saw thousands of migrants and their supporters march down in a rally to urge Ottawa to grant undocumented people permanent residency. Additionally, new requests were made for the immediate implementation of an intensive regularisation programme for unregistered migrants.

This long-standing demand is now receiving light in the wake of the recent actions of the federal Canadian Liberal government.

"We have a historic opportunity right now to fix a wrong that has been going on for many, many years," "We want to make sure that parliament does not in any way delay," said the executive director of the Migrant Workers Alliance for Change.

In an official mandate letter as of December 2021, the Justin Trudeau government charged the Canadian minister of Immigration and Citizenship with the urgent need to develop pilot programmes to investigate the intention of regularising residency status for the grieved parties who are actively contributing to Canadian communities.

Also read : How to apply for a Canada PR.