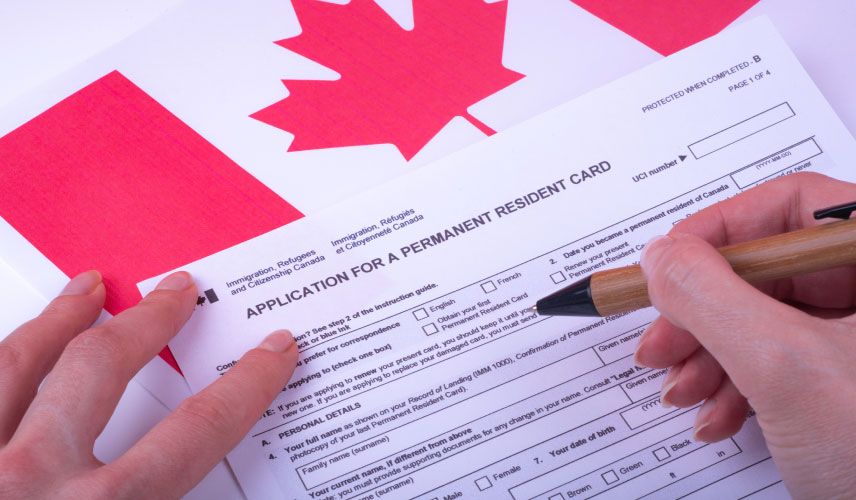 Immigration is important to Canada - providing an essential contribution to the economy and population growth. The cultural impact is also there, enriching Canada with newcomers coming into the country with their unique cultures.

Making immigration work for Canada is indeed a complex undertaking. Throughout the years, Canada has maintained an immigration system that supports economic growth.

The Express Entry system is the most sought-after economic immigration pathway that can get you permanent residence in Canada. A 6-month processing standard is followed for Express Entry applications by Immigration, Refugees and Citizenship Canada (IRCC). The processing is considered to begin from the day that you submit your complete Canada PR application to IRCC and ends with a decision being reached on the same.

For 2022, Canada had laid down a target of granting 82,880 Canada PR visas by Express Entry - including applicants and their dependents - out of the annual overall allocation of 465,000 visa spaces.

A total of 24 Express Entry draws were held by IRCC in 2023. The first 13 draws of the year specifically targeted those with a nomination under the Provincial Nominee Program (PNP). A Canada PR route that goes through the Canadian provinces and territories, PNP is worth CRS 600 points on its own under the additional points on the Comprehensive Ranking System (CRS) calculation. All provinces in Canada except Quebec, and all territories except Nunavut territory are a part of Canadian PNP.

From July 6, 2022, IRCC resumed all-program draws wherein no program was specified as such. Hence, eligible candidates included those from the -

Let’s have an overview of all the Express Entry draws held in 2022.

The best time to begin planning your immigrate to Canada journey is right now. Canada is all set to welcome 1.4 million by the year 2025.

While Express Entry is the most well-known route to immigrate to Canada, there are around 100 different immigration pathways available. Canadian PNP alone has 80 immigration streams or routes.

For more details, get in touch today!